I’ve installed the trial version of Bome Translator but haven’t figured out how to make it do what I want.

Goal - be able to silently depress a key on my Yamaha, press the sostenuto pedal, and then have whatever VSTi recognize that the damper is released from that note (or notes). Such as silently grabbing the low F at the beginning of the Rachmaninoff Second and then having that held as a pedal tone when it’s subsequently struck during the next few measures.

Pianoteq has a “Disklavier XP” MIDI dialect option that takes care of this (see first half of picture). My other VSTi to not. Pianoteq remaps Polyphonic Aftertouch to a note-specific damper on/off, but mapping to note-on with velocity of 1 and to note-off would probably work almost as well.

I’ve tried capturing the message with Bome but the MIDI out is unchanged. At the moment I’m trying to map the aftertouch to a note-on with a velocity of 1, but if the note-specific damper event could be done that would be great.

I’m just an old lady who plays a bit of keyboard at home after work and have no sophistication with MIDI.

Can someone explain how I should set up this translator?

Thanks for any wisdom! 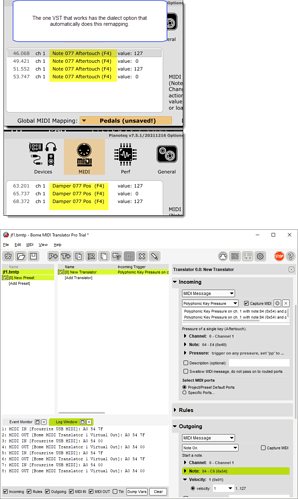 Hi and welcome to the forum! I’m not quite sure what you are looking for.

Damper pedal push and release is generally not a per-note message.
Could you lay out the sequence of incoming and outgoing event you want to happen? Do you want to send a note on message when aftertouch is coming at velocity greater than 0? What do you want with the actual incoming note-on message? What is the incoming trigger you want to send damper on and damper off?

Thanks for the reply, Steve.

I think I’ve got it working now with a script somebody wrote for me to plug into the Cantabile host I use for my VST pianos.

I never would have figured out the syntax, nor where to get the plug-in to make it workable.

So I think I’m good for now.

He also came across an article that has some interesting insights into the Disklavier MIDI peculiarities.
Specifically,

Poloyphonic Aftertouch Messages
MIDI polyphonic aftertouch messages are note-specific messages that are generally used in certain keyboards to enable the performer to modulate the sound of a note by varying the finger-pressure on a fully-depressed key. Recordings made on a Disklavier sometimes include polyphonic aftertouch messages but for different reasons.
When these messages occur in a Disklavier recording, they have one of the following functions:
These messages can indicate silent notes, that is, notes whose keys were depressed without the hammers striking the strings 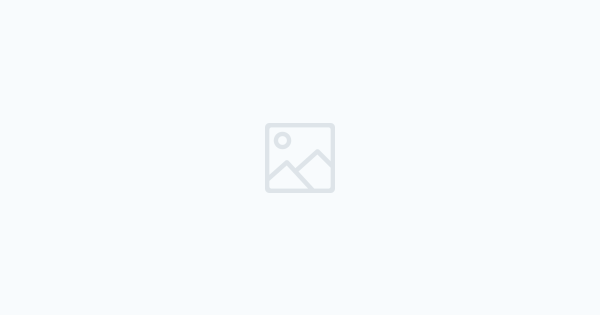 The Disklavier is an amazing instrument with a sophisticated record-and-playback system. When used as a standalone device, it is a simple matter to initiate recording and playback. Little instruction is required.The instrument also has MIDI...

Interesting. Thanks for the update!