Found a couple of bugs

Hi, I found a couple bugs in Midi Translator Pro.
I documented these over a few months time, so some might already be known.

Hi and thanks for reporting!

Using z0-z9 in the rules doesn’t produce an error or an invalid rule even though they can’t be used.

They can be used, they just don’t show the values when you press “Dump Vars”.

I haven’t experienced this one but we can look into it. Can you paste a picture?

Mouse selection is off to the left by almost a whole character in outgoing raw midi message box.

I haven’t seen this either. Can you show a picture of what you mean? I’m on Windows?

Double clicking the edge of a timer name box selects either the first or last part of the name(top edge selects first, bottom last).

I can’t see this on my Windows PC. Sorry to repeat but maybe a picture or short video would show it.

Scaling on Windows 10 results in a blurry GUI, even with all the do-not-blur settings in windows. It has to be forced in the compatibility settings to produce a sharp image. It’s the only program that I own that has this problem.

Yes, Windows warns you that some programs need to be restarted when changing scaling, but I will report it.

I’m using GEForce so will note the issue with nVidia. I assume you are using the latest drivers.

Most of these issues seem to be display related so maybe there is something wrong with your drivers or your graphics card, although I know you other programs seem to be OK.

In either case, I will pass this all along for you.

Most of these I experienced on Windows 7, some of them on Windows 10 also.
Since most of it is GUI related, the fact that I run at 2560x1440 might be related.

This one I experienced only once or twice, selecting another translator made it go away.
I cannot replicate it consistently.

This is on Windows 7 and always present, it’s exactly as described. When I click and drag the mouse to select part of the message, the blinking cursor is always off to the left by 1 character minus 1 or 2 pixels. This is exclusive to the raw midi message box.
When moving mouse left to right, it’s off less than when moving right to left. This is also consistent.

I cannot check Win10 right now, will report back on that.

They can be used, they just don’t show the values when you press “Dump Vars”.

Good to know, the extra 10 variables are very welcome!

Most of these I experienced on Windows 7, some of them on Windows 10 also.
Since most of it is GUI related, the fact that I run at 2560x1440 might be related.

I don’t even have a choice for that resolution. 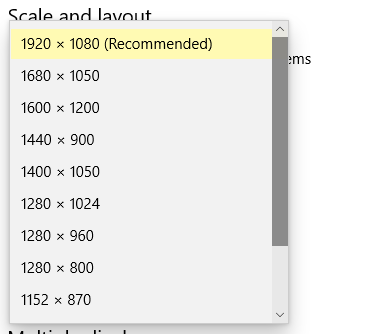 I mostly switch between different combinations of the Dell displays.

Together with all the other hardware that’s hooked up to my system, I have a pretty elaborate setup so it’s probably not easy to replicate the same conditions. Luckily, most of these bugs are very minor and happen sporadically. The only ones that actually disrupt my workflow are the mouse selection being off, and this one:

Yes, it’s the main display I work on.
It’s really handy with Midi Translator and coding because of the extra space.

Even when using multiple displays, Midi Translator is on the main, notes on the side displays.

I run Midi Translator on a 2560x1440 display on w10 without any similar issue, there is no GPU but the Intel IGPU.
On another similar system 2560x1440, I also connect a TV with 1920x1080 as secondary display on W10, and my Native Instrument Guitar Rig can’t be displayed on the TV , totally black inside window, when I move it back to the main UWXGA display, very strangely, it works Ok.

Native Instrument is working on it…

First of all, thanks from me, too, for these reports and the precise descriptions.

build 1022 is the latest:
https://www.bome.com/products/miditranslator#downloads

I vaguely remember seeing this, too. We’ll look into this.

Mouse selection is off to the left by almost a whole character in outgoing raw midi message box.

I can replicate that (Windows 10), but only by 1 or two pixels. If I click exactly in the middle between two characters, the cursor is placed before the left character, not between the 2 characters. And as you say, other text boxes are fine. Quite curious! Will look into this.

Typing into an empty note select box(incoming action) with the selection menu opened enters the mouse highlighted variable into the box.

Double clicking the edge of a timer name box selects either the first or last part of the name(top edge selects first, bottom last).

Interesting observation. Not sure it’s worth spending a lot of development time on this, but we’ll have a look.

Scaling on Windows 10 results in a blurry GUI, even with all the do-not-blur settings in windows.

We’ve had issue with native scaling, so we’ve turned it off. In a scaled screen resolution, it’s either blurred, or tiny. It’s high priority to get scaling to work for the next version. On Mac, it works fine, and it looks great on those high resolution displays!

We’ll see what we can do…

This forum discussion is marked with the bug reports, so I’ll report back here about any progress.

In a scaled screen resolution, it’s either blurred, or tiny.

I sometimes use MTP on my TV(1920x1080) with Windows scaling set to 125%, if I force it through the compatibility settings(Properties > Compatibility > Change high DPI settings > Override high DPI scaling behaviour. Scaling Performed by: Application) it works pefectly.
There are some jagged edges on icons, but otherwise it looks sharp with this setting. Maybe that helps.
Windows has all do-not-blur settings enabled.

There are some jagged edges on icons, but otherwise it looks sharp with this setting.

yes, icons, other graphics, and some text (menu bar) don’t look good – your mileage will vary, depending on how much you scale up. For a more consistent experience, we preferred “blurred” scaling for now. As said, I hope we’ll fix this in the next revision.

For a more consistent experience, we preferred “blurred” scaling for now.

That makes sense, thanks for clarifying.

I found another small one:

Hi, I came across this bug again.

I took a screenshot this time: 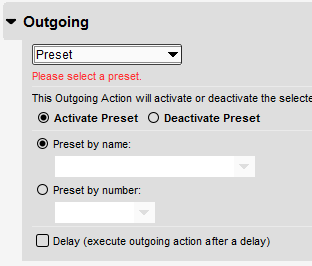 There are 46 presets in this project.

I think it only happens the first time after the translator is created and immediately set up to change presets. After that it doesn’t happen again.
Selecting another preset made it go away.

Thanks, I could easily reproduce this now.

This is “by design”: only one letter is considered for the first letter in the drop-down list. But I agree that it would be nicer to be able to quickly type two letters/numbers to select by the first 2 letters.

This is “by design”: only one letter is considered for the first letter in the drop-down list.

Selecting by name is not a problem, for example press “n” twice to select Note Off.
I think that’s a good design.

My main concern is for selecting notes by numbers, I had to map all 128 notes for my current project.
I could just Ctrl+n my way through the list entering note numbers, they all work even above 100, except for all the same digit numbers which stops the workflow a bit.

got it, will look into it.

I just found out that selecting a variable with the keyboard has the same behaviour, all variables work except for the ones with 2 of the same letter. So gg, hh, ii etc. can’t be selected by keyboard.
It’s probably related so maybe it helps to pinpoint the issue.

I also found a new one: